Make the comparison/synchronization report in Excel.

The synchronization protocol of a task being executed is reported to Excel as a compound list of objects, properties, and other comparable entities of both databases with the results of their comparison, required sync actions and their reasons. Depending on the specified task options the report represents a comparison, deploy simulation, or actual synchronization of two SQL Server database schemas. It is generated each time when the Compare with and Create Excel report options are set. 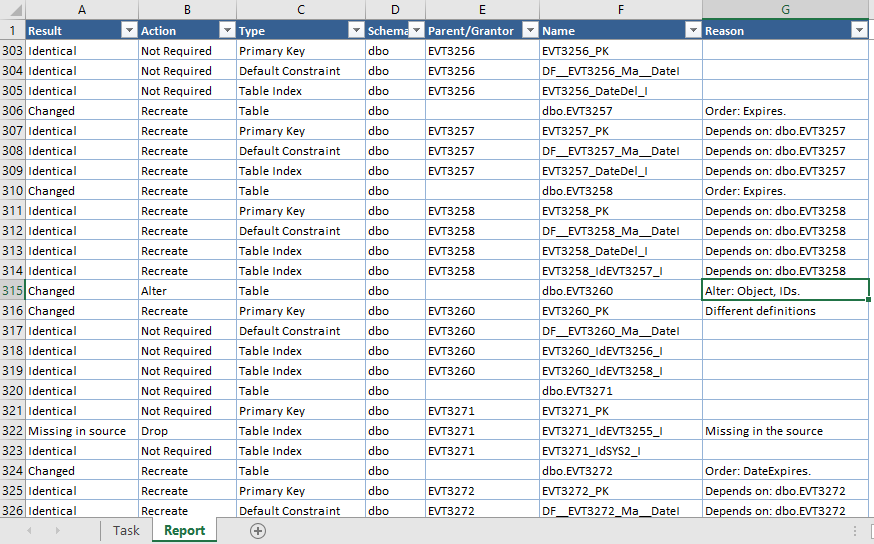 Since the report is based on the synchronization protocol - a list of actions on objects of the target database, you should work with it through them (through actions).

To get a comparison report that reveals all the differences of database structures you must allow all actions on objects in the task settings except for group ones. Also, in this case, we do not need the Resolve dependencies and Resolve conflicts options.

To get a synchronization report configure the task the way you want to sync. Turn on the Resolve dependencies and Resolve conflicts options. They will unwind chains of dependent objects.

Use Typical Presets from the task document menu to have it done quickly.