Reduce time spent on dev, testing, and deploying to prod

AutosyncDB is a comprehensive solution for comparing and synchronizing SQL Server database schemas along with predefined data. The idea is to automate the database update for each new version of an application using its new database as a source of sample schema and predefined application data.

In a few clicks AutosyncDB allows you to reveal the differences between database objects, analyze them, build your own customized synchronization script and deploy it. In addition, using the integration support you can run such a task for multiple databases on your servers, or export it as a package to provide client-side updates.

Learn more about Database Schemas Comparison and Synchronization with AutosyncDB, or just try it now. A FREE license is also available for small projects or study.

By downloading, you accept and agree to be bound by the terms and conditions of License Agreement.

AutosyncDB is available for trial for 14 days. To start using it commercially, you need to purchase an annual subscription. However, if you want to use it for study or your project is small, then you can use it for free, provided that the databases you work with contain no more than 30 tables.

Basic task settings on how to Compare schema of two sql databases.

Sync and comparison is configured by specifying actions, such as Create, Alter, Recreate, Drop, that are allowed to be performed on objects of a certain category. To sync your database schema and keep custom objects that do not exist in a source database, simply do not use the Drop action for their category. Learn more about how to sync database schema with AutosyncDB. 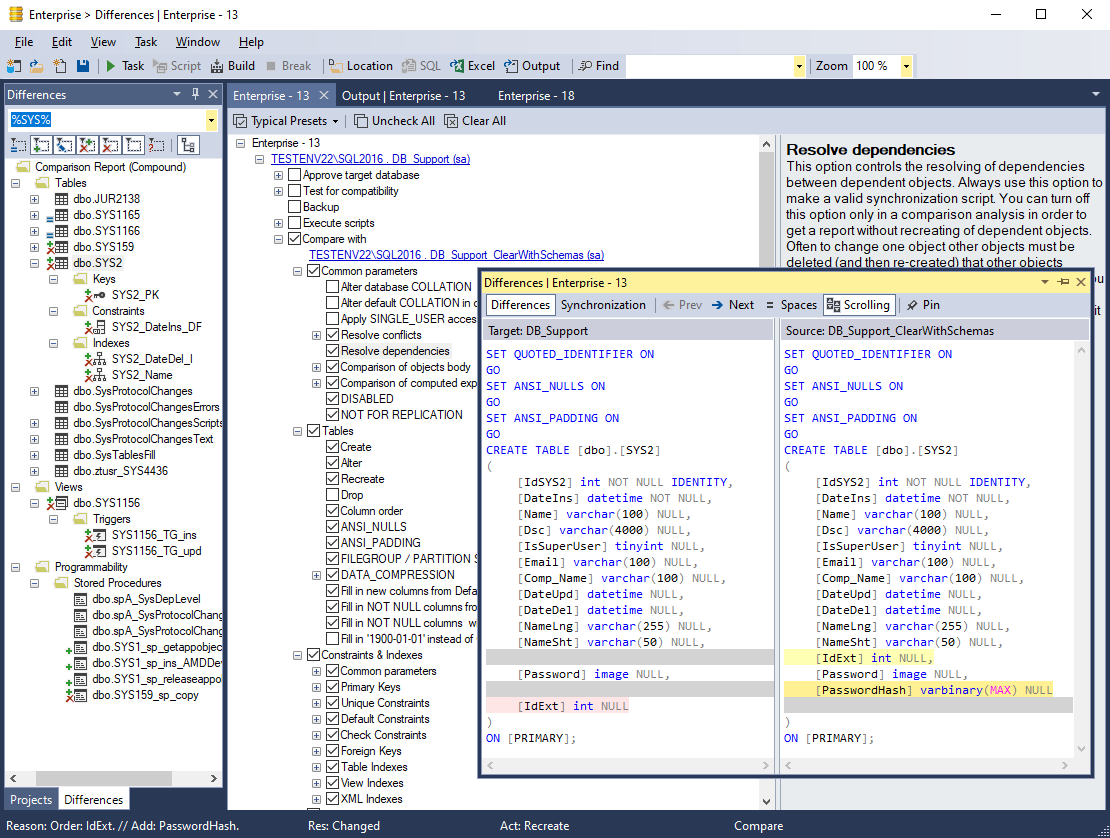